Written from a personal space of struggle, ‘Racks’ was created as a vital form of self-expression. Yucifer describes the writing process as something that “just felt natural, I just snapped and spat it all out at once.” This release is the cataclysm of depression and anger." 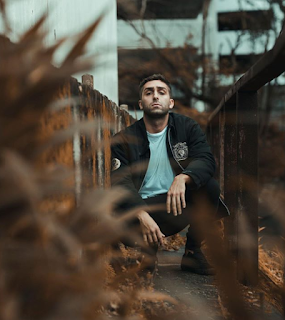 Yucifer drew inspiration by a succession of events that lead to a breaking point in the form of this song. The artist describes going through a very dark period in his life and having nothing to previously do with music. He soon realized he had a lot of things to put out and express to avoid poisoning himself up further with the things that he had held inside.
Before turning to music, Yucifer struggled to find contentment with his life, as a whole, and had been struggling to find the motivation to do anything other than think about these things. This just exacerbated his condition and everything spiraled downwards. His depression turned into severe anxiety and he started having a very strong psychosomatic response in the form of panic attacks a few months after this song was written.
Yucifer indicates, "that pain shapes you, but it is a fine line between letting it teach you what you need to be taught and being destroyed by it". He further indicates, "it takes pain to want to change, and disgust, at yourself, for ending in a position you no longer want to be in". Yucifer's wisdom comes from real life experiences which are portrayed in his music. Ultimately he says, "It is only then when you truly change, from the inside out and move forward, that you can pick yourself up".

YFN Lucci fresh off the release of his latest mixtape “HIStory” drops track after track along with hot visuals to match. Today we bring you “7.62” from Think It's A Game's breakout star. The album, singles, videos and most definitely YFN Lucci are permanent fixtures on Bigga Rankin's hotlist. Check it out and support. Feedback is greatly appreciated.